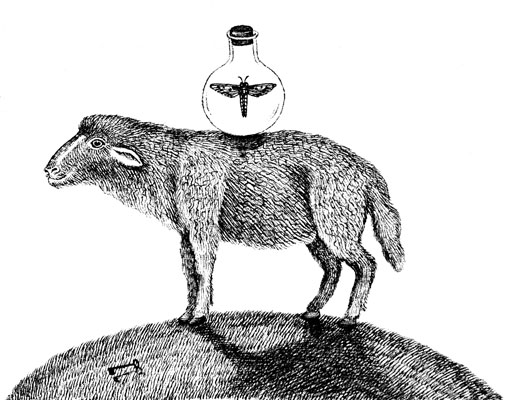 A long and detailed process brings to realize a slow research, proceeding by reflections and willing to show an unreal world where the species of animal kingdom live in perfect accord and union, an equilibrium with the universe through the sole harmony among the differences. In Supra Terram , plants and theirs fruits, natural and vital lymph for several animals, have a leading role; the will to begin by the nourishment of the species, such as the animal one, where this sustainability finds happiness and dialogue all around.
An analysis on the creatures living above the ground and in the skies, together with a focus on the trees that became the real protagonists. The trees in the very beginning has created and thought as a stage where the several animal species play an active role at different heights, a kind of theatre where the actors were the same creatures in different contests, but in the end the real protagonist has become the tree. For the first time we note in this exhibition, in addition to the specific prevalence of animal living on earth’s surface, this action centrality given to the plants and in particular to the fruit-trees that becomes the mainstays around which gravitate animals and icons, a kind of sprinkle constellation on the walls to recreate a cross-section of happiness within the gallery Supra Terram  exibition wants to transport the visitor inside a different reality and to be able, through the art, to allow him to reflect on the project themes De Rerum Natura , bringing him into the fascinating unreal and fairy world of the artist where reality appears at all, and where it’s often relegated at the bottom of the paper. Collesano imagines and dreams parallel universes where the undisputed ruling kingdom is the animal one, timeless. Animals float in the air and each species live in perfect harmony with the others ones, sharing the same space.
The only colour, apart the dark of India-blacks, is given by the preparation of the paper where draws will be realised, to make it old. There aren’t preparatory draws and the artworks arise directly by the paper preparation; after the surface has been dried, stains and darker areas appears on the sheets, where Collesano just imagines the shapes or understands where to place the sea, the rocks, the whale’s stomach, a bug and so consequently all the rest. The whale is one of the dearest and closest icons on Collesano works since ever and also in this Supra Terram  exhibition its presence is fundamental because in artist’s research all remain on the surface, his creations swim into an undefined space, in a submerged world into the paper, giving the sensation of a depth and breaking the mono-dimensional sheet. In addition to the whale there are always other elements, with a certain elegance and tact within the scenes such as the key, the sea-horse and the holy heart. Poetry in this works invites us to sail into a world where boundaries has fallen down and to discover the depth and the unconscious, enlarging our field of enquiry, facing our life and the magic of dreaming, in particular to safeguard everything around us for our own existence.