A sea-change, into something rich and strange 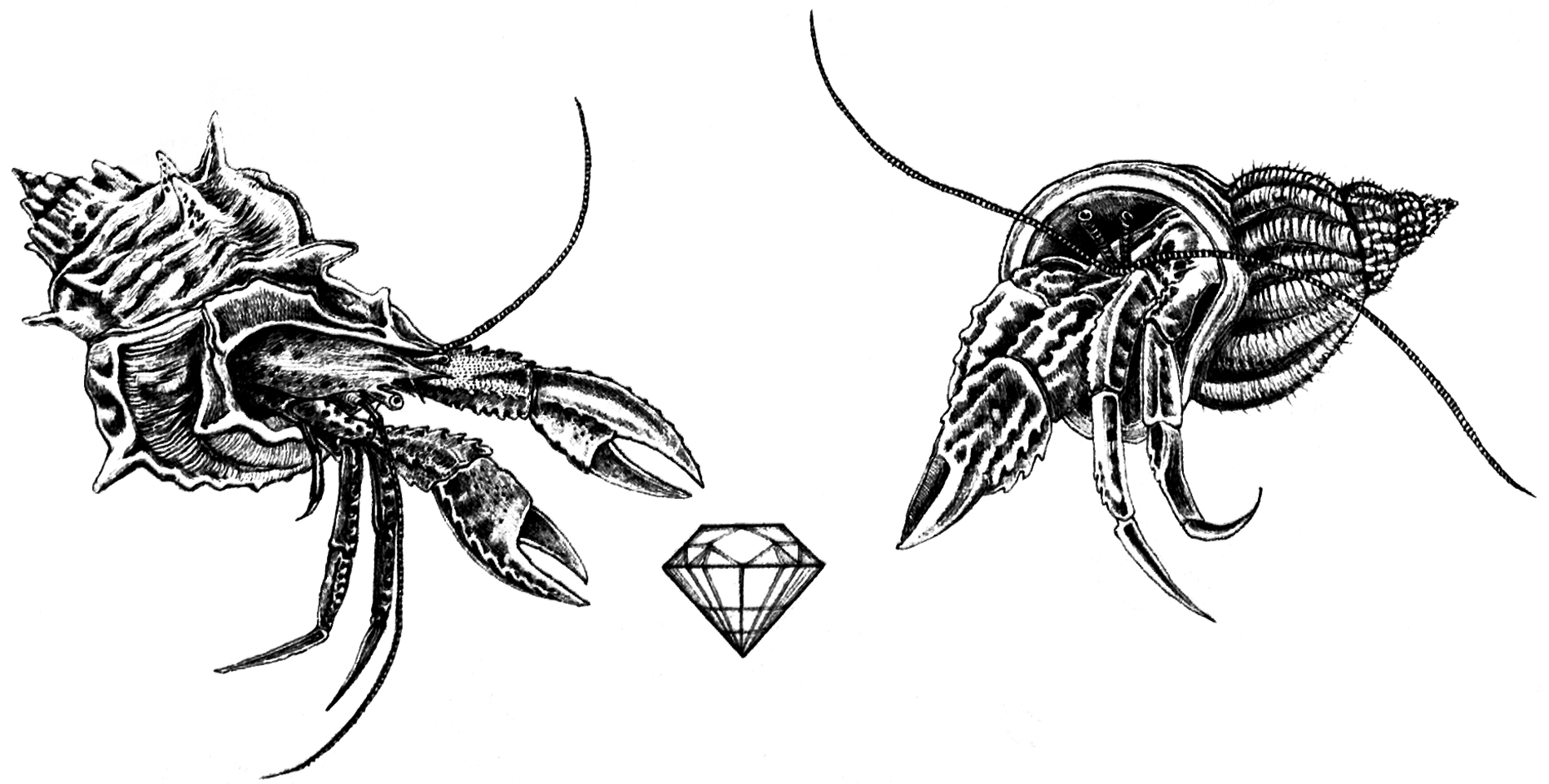 The visual arts are not my strong point. Do not understand them, do not feel them, do not ever happens that a painting or a sculpture take me as a novel a song a story told well. I do not know why, it’s simply a boundary that I have, and that’s that. I see the others in front of a painting dissolve, rave, and I study them besides and then I envy them, because to me it never happens. For this reason I have not done much attention, when several friends last year said to me: “You have to see the drawings of Collesano, I think you like them.” I nodded, I answered “yes, yes, one of these days”, and the next moment I was already thinking about something else. But then Francesca too said to me the same, “you have to see the drawings of Collesano, I think you like them.” And she knows my problem, she knows what it’s about, and then I realized that these drawings I had to really see them. So I find myself playing the old bell that is in front of the home and studio of Andrea Collesano, a short walk from the beach of Forte dei Marmi. I’m curious, but also a bit skeptical, especially, I’m in a hurry: I have at most half an hour, then I have to run after the other commitments of the day. I have little time, I have the head elsewhere, in short, this will be a quick stop of the afternoon and then move on. Pace pace pace. But Collesano comes to open, makes me into the house, and his works jump on me. From the table, the furniture, the shelves, from the walls. There I lay eyes on and eyes no longer distinguishable. Just a moment and I lose myself in, I lunge, I drown. Collesano meanwhile speaks to me, he explained how to prepare each job, how process the paper, which techniques he employs. In his voice i hear the enthusiastic modesty that is often the sign of true talent. But I listen with half an ear, because the rest of me is captured by the fixed and free figures on a background with no time, look at them and tell me stories about lost arriving from distant places, and together they speak to me of the events of each day , of things that are close to me, sometimes they even talk about me. How long I was in there I do not know, but no matter. I had no more hurry, I had no more commitments, so the rest of my day was changed with no escape. And indeed, when we said goodbye and went out from Collesano home, I did not know where to go. No, I could not stay locked up, I needed space, air, salt, and ended up on the beach. On the boundless shore, that when there are no umbrellas and no deck smears you inf wont of the laying of the sea, and really understand to be in a borderland, of stillness and motion, contact between two increasingly divided but united worlds, which restrict and define each other.

And that’s what bounces in my head after knowing the work of Collesano: there are two worlds. I did not know what kind of worlds they were, I do not even know now, but his art has made me what only great art can do: he took me, shook my head and dipped me in a carousel of emotions, telling a great story without using words, sing me a song without notes, then it returned to its business leaving me shaken and dispersed in the street, trying to mend ties with my life around. Collesano has a precious secret, and he likes waving it in front of us, show it to us by the traits of each of his drawings, and we have enough to touch but there’s no way to really understand it. We see, we hear, nails us down to his prodigious animals and his underwater worlds, there seems to be able to grasp, but it really remains an eternal mystery, always a step beyond us, always – indeed – secret.I often rack my brains, looking again his creatures of mark and space, clear signs that bind each to other and seem to swim at the bottom experienced the dark paper, tearing up the limits of what would be born flat and motionless. His drawings can remember the illustrations of old encyclopedias, or zoological studies of distant centuries, but at the same time they have nothing to do with them. What Collesano wields is the reality, but not ours. Two worlds in fact, one we know, the other around us and lives with us, but always a step farther. That’s why his animals know how to give a name, but together we feel that thrive in a world that we do not inhabit.Collesano does not imitate nature. Manages to capture it, to place it on his old maps, but once the nature entered in his universe bends, buckles, it curves to that he wants. Because the Collesano whales and jellyfish are true, they are alive, you see them and seems to have them there, but at the same time swimming in water that is not ours. His deer, its snakes, moving on land that we have never stepped on. They are animals, we are animals, continuous shift toward something waiting and then we will run away, then come back and expect to get away again. And that something we do not know what it is, nor where it is, but every now and then for a second we happen to guess at it. And just the gaze hits me in the work of Collesano. The gaze of his game, of his fish, is our gaze. And when we look at it, we risk to intuit something of ourselves. But only for a moment, then the mystery goes back into its hole, and likes to call from behind the gigantic outline of a humpback whale, behind the prodigious tentacle of an octopus.
And we do not see anymore. But we go forward knowing that it is there, somewhere.